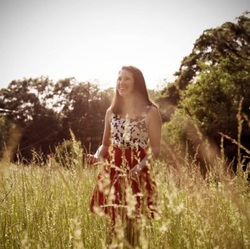 Biography: Sara Stansell grew up in the North Georgia Mountains, she currently lives and works in Roswell, Georgia. Her work is focused on examining the organic structures and forms found in nature and replicating and abstracting these forms to produce a piece reminiscent of nature without being too explicit. Her work is meant to feel recognizable but undefinable.